THM Constructions Wiltshire and South West are a specialist driveway and landscaping contractors dedicated to producing beautifully crafted and carefully executed work to individual clients’ specifications. We are based in Chippenham and cover all areas in Wiltshire including Swindon, Salisbury, Chippenham, Trowbridge, Warminster, Melksham and Devizes, Calne.

We liaise closely with our customers in order to guarantee complete satisfaction and peace of mind. No job is too big or too small and all our work carries our full guarantee, plus we have £5M public liability insurance.

We use the best materials at every price point. You can be sure of a topnotch job whatever your budget.

Check out our references and see what our customers have to say about our work our professionalism and our value for money ethos!

We carry all relevant insurance protection. In the unlikely event of a mishap, RELAX, we have it covered!

For your peace of mind we offer a no-quibble price match guarantee. We will not be beaten on price or quality. 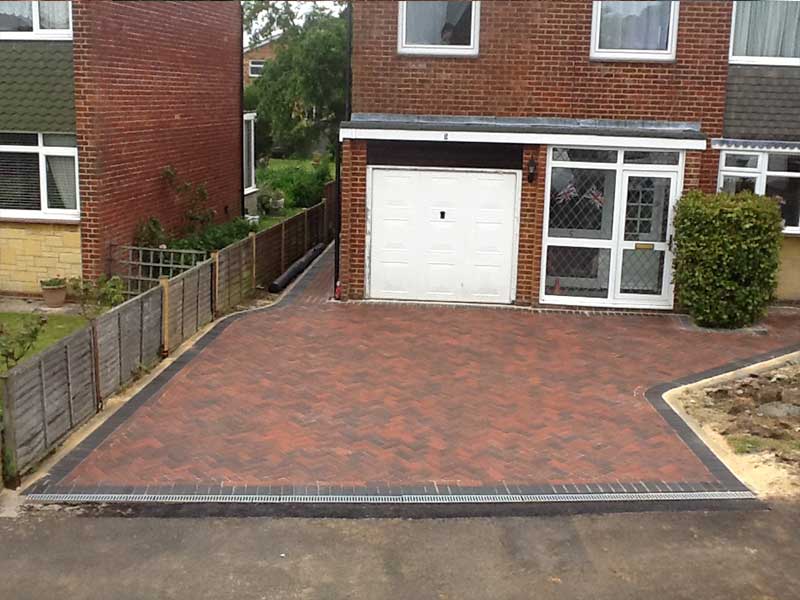 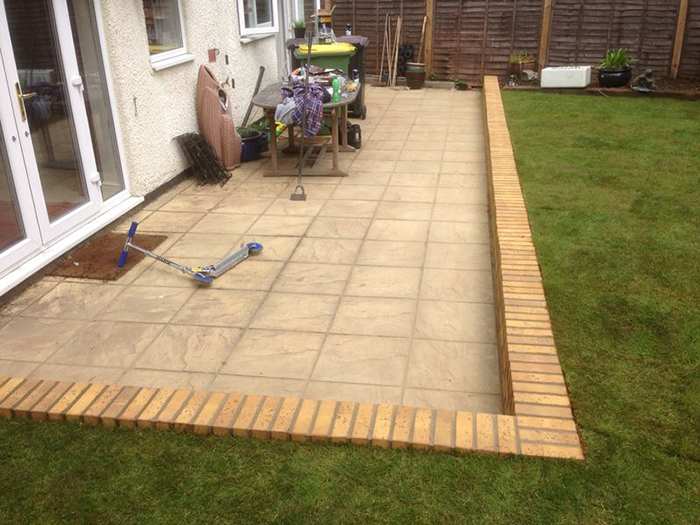 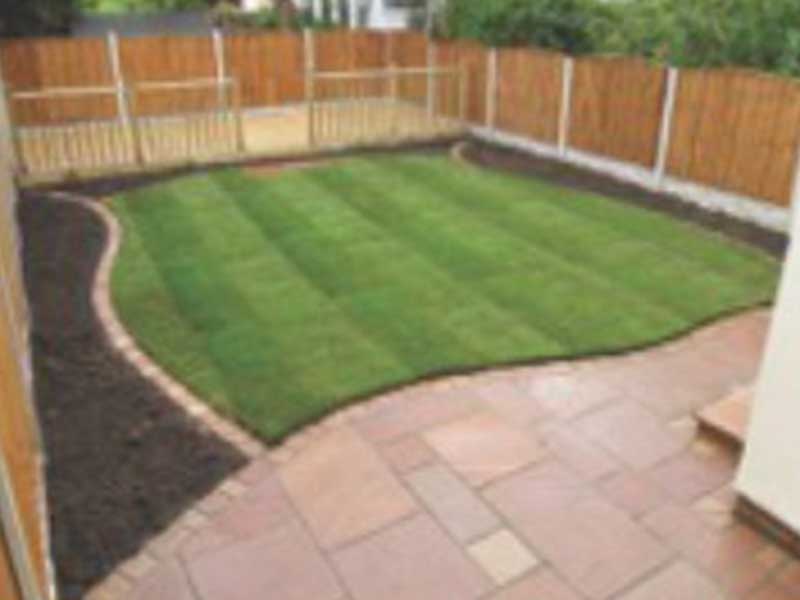 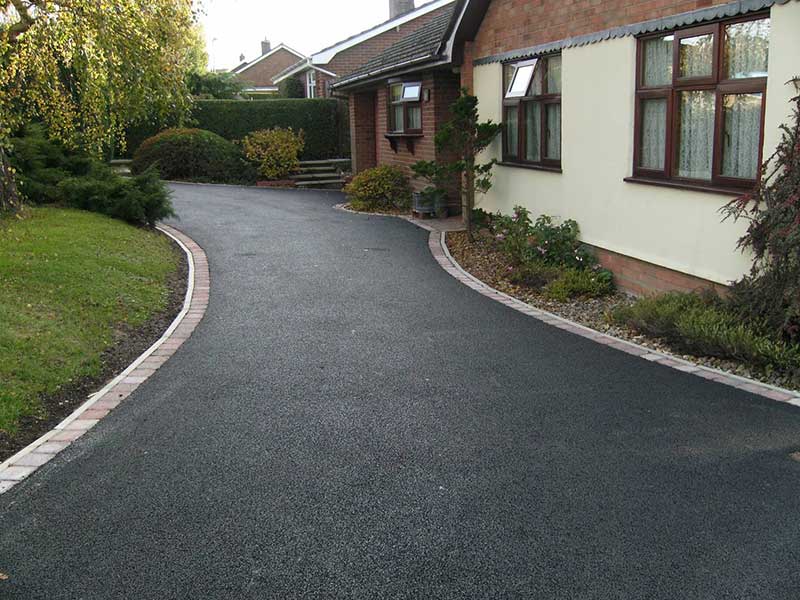 Driveways For Every Home

Proper preparation is perhaps the most essential part of any project. We spend time ensuring that the ground is properly prepared in order to ensure a long-lasting and flawless finish, each project is properly organised and efficiently completed to the highest possible standard, using high quality materials which are durable and attractive.

Get A Quick Quote

“An absolute team of professionals, who worked hard and with competence and skill, the result a perfect patio on time and within cost. I would highly recommend Thomas and his team these guys are skilled tradesman who certainly know their trade. Well done lads a quality job on my patio thank you.”

Thomas and his team finished our Driveway to a very high standard. Everything was well organised by Thomas who directed and supervised his very hard working men.He also kept us informed about how every stage of the job was progressing and explained the various procedures and answered all of our questions politely and informative.The site was left tidy and all rubble taken away immediately

THM Construction did our work for us in the garden and I can say it is a cracking job and I would recommend Tom and his team. They worked until the job was done and what I was quoted was what I paid. They put up with me asking for this that and the other and did all as I asked. Good work team

Contacted Thomas following a drop card through our letterbox as we needed a new fence installed, he responded the same day and after discussing the various options gave me quote, which I accepted. Very quick turnaround, the team were at my property the next day and proceeded with removing the old fences & posts and then over another 2 days installed the new, lots of mess as you would expect but they cleared it all up and removed all the old stuff then left us with a very nice, neatly finished fence. So impressed with the work we discussed the patio and garden path which was in a sad state, Thomas came good again and although this additional work took a lot longer it has now been completed to again a seemingly high standard.

However, sometimes things don’t quite go to plan and we found we had a ‘loose slab’, just the one but annoying none the less. I contacted Thomas to advise and although it took a few attempts for him to squeeze us in he returned with his team and proceeded to replace the loose slab. Currently waiting for another 24 hours to pass before walking on the replaced slab but we have every confidence it will be fine. Would we recommend THM Constructions? Going by the service I have received to date – yes.

Excellent work ethic and attention to detail. The job proved harder than originally envisaged taking two whole days to remove the existing driveway when it was estimated it would take one. Despite this the price remained as quoted. The guys worked solidly in the recent extreme temperatures and were polite at all times keeping us informed as work progressed. The finished product has transformed the front of our property and provided an attractive and solid driveway to enhance the house. Great work by a Great bunch of lads. I would recommend their work.

Thomas and his gang of skilled workers transformed my sloping garden into a flat drive way. Knocking down a front wall and installing a retaining wall to level the garden and to make a flat area for the driveway to be installed. The other thing they did was to lower the kerb so I could drive onto the driveway. All this work was done in under 3 days ( a minor miracle ), I would definitely recommend Thomas and his team and will use again if I need any such work again.

I needed the path to the back of my house, around my conservatory and a patio to be re-paved. THM Constructions had done a driveway near my house which looked very neat and nicely done. I call them for a quotation and Thomas promptly turned up to view the job and gave a quotation. Although his price was not the cheapest I was impressed by the quality of the work they had carried out on the house near me and liked his friendly and enthusiastic approach, so I gave them the job. They started work on the day Thomas had promised. Half way through the job Thomas gave a reasonable offer to replace the turf that was badly damaged by the summer heat wave, which I accepted. The whole job was done efficiently and to my satisfaction in 2 days. I was pleased with the quality of their work and his team’s efficiency. I would be happy to recommend THM Constructions to others.

THM Constructions have just completed work for us which consisted of completely replacing the roof on our utility area and putting in a new driveway. Throughout the whole job they have been very responsive and the managers have always been on hand to answer our questions and queries. They have a very hard working team and the efficiency with which they work is truly remarkable.
We found the whole team very friendly and pleasant.
We are delighted with the end result and the excellent standard of work.
We are confident that there will be no snags with the work but feel sure that if there were any then they would be dealt with in a timely manner.

Amazed by their efficiency, and the young’un that does the hard graft should get a pay rise!!
Great work.

Thomas and his team were able to start work on my driveway within a week of performing the survey. And they completed the job to a quality standard in only two days. Very impressive. His team are hard working and courteous. The driveway is now the envy of my neighbours!

These guy’s have done a brilliant job, they had to remove a ton and more of pebbles before they could get started. We asked them to do block paving for us, and they delivered. I just asked them to give us a colour to match our house, then Tom suggested that we have another colour added, to brake it up, and look smarter. My husband and I are very pleased with what they have done. All the guy’s worked tirelessly for two and a half day’s, the cleaned up after themselves every day. They were also happy in their work. Well done we will be happy to recommend you to anyone .

I rang THM Constructions as our 50th Wedding celebrations were to be held with 10 days and our drive was only partly prepared but mainly a mess. Thomas from THM came to view, listened to our problem and confirmed he would be able to take on the job and meet our time scale. His word was good for each part undertaken of the work and his employees well motivated and courteous and they obviously wanted to do a good job and in our time frame. Within a short time we were confident the job would be completed.

On the Thursday evening, two days before the party his workers completed the drive at 5.15 pm, cleared the site and left us to finish preparations for the party including the erection of the marguee.
I would recommend THM Constructions to anyone as an excellent supplier of an attractive, well devised drive or garage forecourt to enhance their home.

Sincere thanks to Thomas and Owen for all their amazing work on our garden overhaul. We had paving slabs, brickwork, pointing, new fence. They made light work of a very difficult job with tricky access and a fussy customer! We are delighted with the results.

“Exceptionally clean and tidy. They came in, did the job well within the time frame, competitively priced, excellent team, courteous all the way through I was delighted with the finish. 100% recommended.”